How to Play the Game of Cribbage with 2 Players 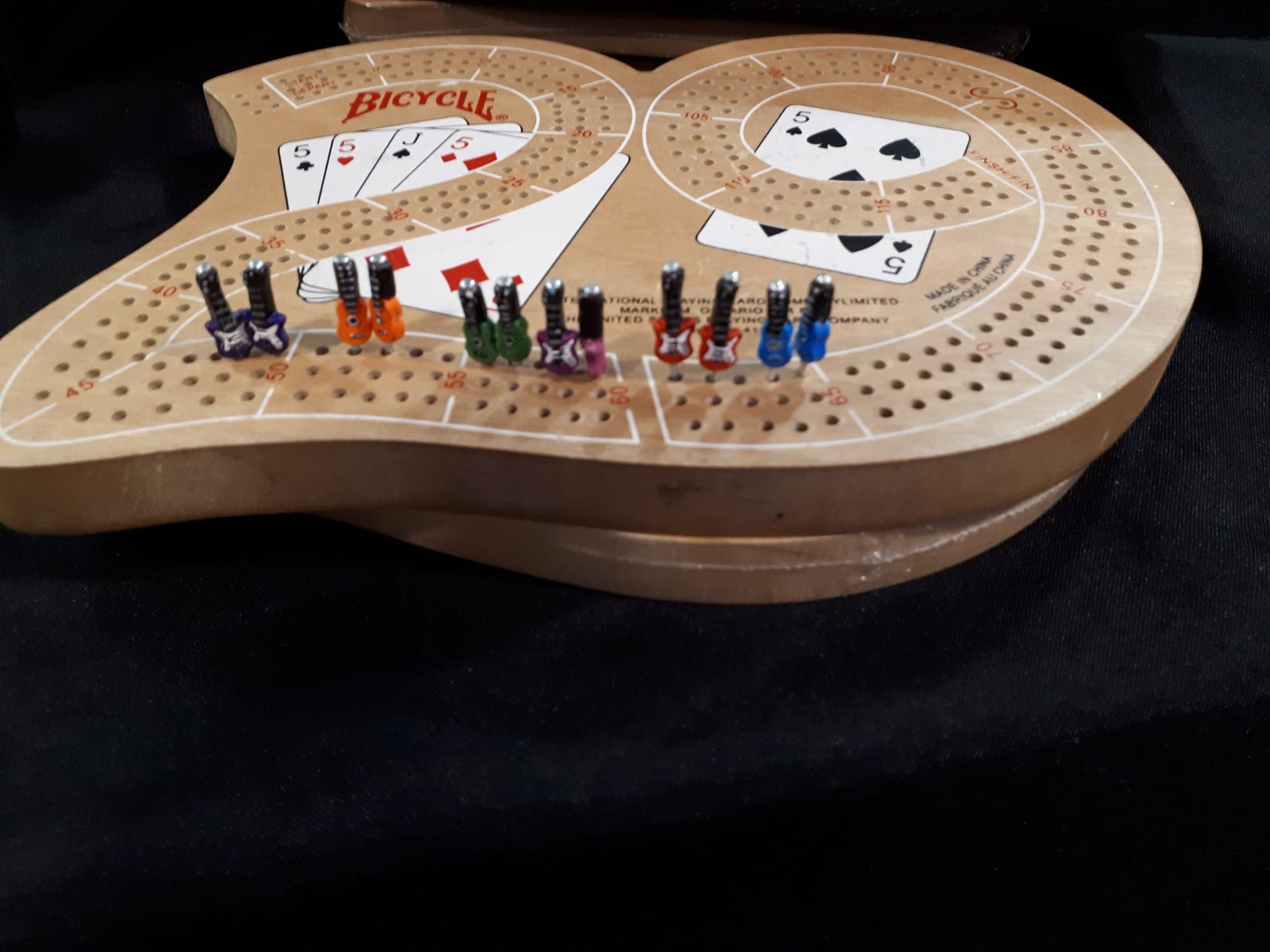 To Deterine who goes first, have any one of the players shuffle, then each player will cut a card from the deck (you should always leave a minimumof 4 cards at either end of the deck. The player with the lowest card deals.

The Dealer distributes 6 cards face down to each player, after the cards have been presented to the other player to cut.

The Remaining Deck is then cut once again. the dealer then turns the top card of the bottom portion of the cut and faces it on the top of the Deck. this is called the Starter Card. If this card is a Jack, it is called "His Heels" and the dealer pegs 2 Points immediately. The starter card is then not used  again until the hands are counted.

After the first player lies down and announces the face value then it is the player to the left of them or the dealer, in a two player game, then that player will lay down one of their cards from their hand in an attempt to add up to 15 for two points. Another way to score two points, while laying down, is to lay the same card right after the last one is laid (for example each players lays a two down)). Another way is to lay a card down in a run of three (for example one player lays a 7, then the other lays a 6, then the first player lays a 8) which would result in the last player saying 21 for three and then peg three points on the board. The last way to score points while laying down is to add up to 31. This is the highest number that someone can add up to.

Players will continue going back and forth laying cards down and adding cards up until a total of 31 is reached or neither player can go any longer in which case the last card before the other player couldn't go gets a point for a go. After the player gets a go then the player that couldn't go before (without going over 31) starts over and lies another card face up from their hand.

Once all the cards have been laid down then it is time to count your hand again. To start counting your hand you need to first determine all the different ways that a card can add up to 15. If you have any 15s then you need to say 15 for 2 and if you have more than one combination that adds up to 15 then you proceed saying 15 for 4 and so on until you finish counting your combos of 15. You also need to determine if you have any pairs, runs, or three-of-a-kinds.

The player that did not deal or the player to the left of the dealer will count their hand first and proceed around back to the dealer. The cut card as mentioned earlier comes into play and can be used to help get you more points in your hand.

Once the dealer counts his main hand, remember the dealer also has the "Crib" or all of the cards that were discarded in the beginning of the hand to count now to for more points.

Once the counting is finished this process starts all over but with the player to the left or the player that did not deal last time starts dealing the next hand. This process continues until one of the players gets 121 points or more altogether, therefore completing the game.

If you are playing more than one had the personwho lost the last game now becomes the dealer to start in the new Game.