The History of the Game of Cribbage 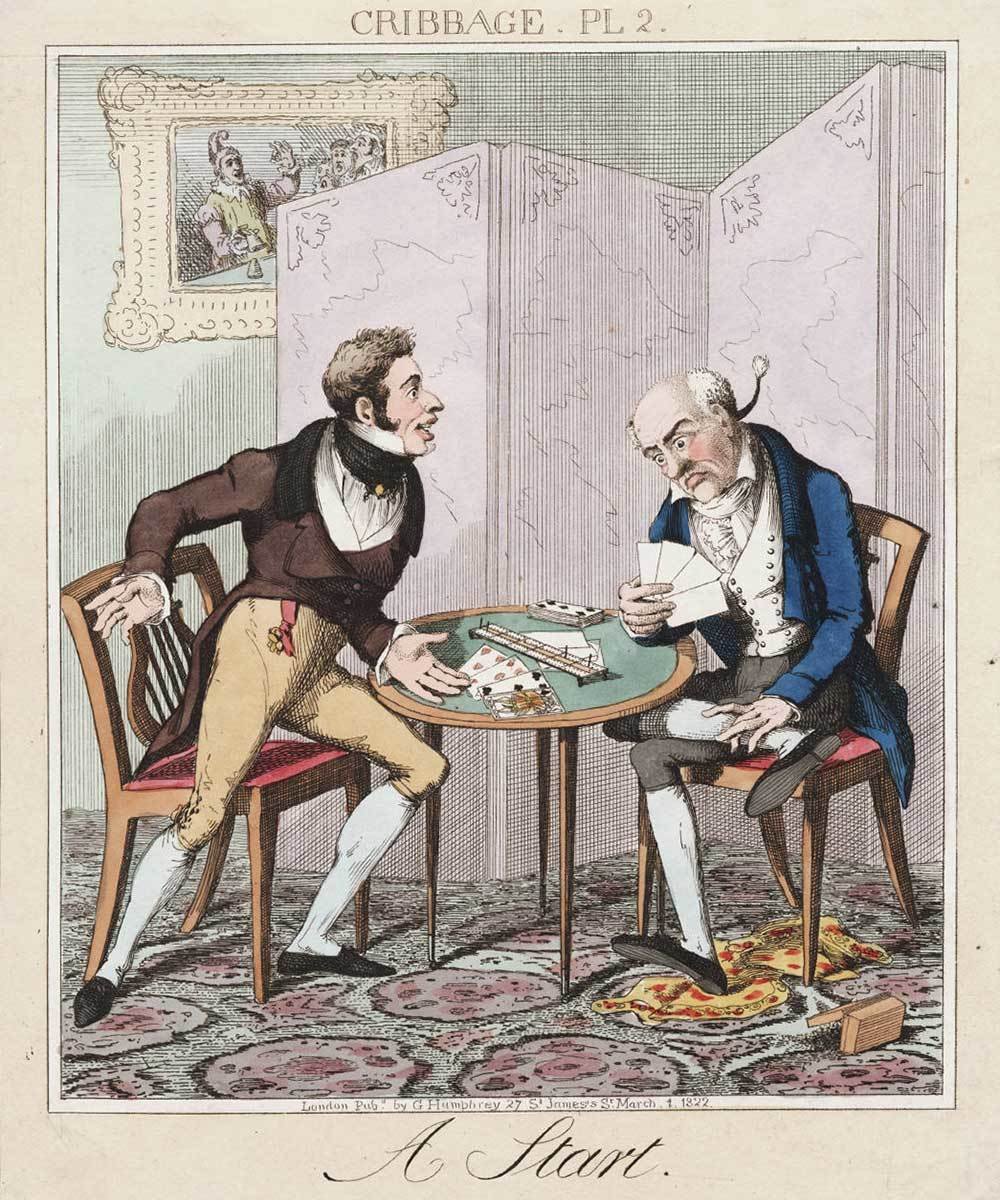 History of the Game of Cribbage

Cribbage was invented in the early 1600s by Sir John Suckling, an English courtier, poet, gamester and gambler.

It derives from the earlier game of Noddy.

Cribbage was immortalised in Charles Dickens's, the Old Curiosity Shop, with the exploits of Richard Swiveller and his self named Marchioness. Richard Swiveller, a somewhat eccentric young man, who liked standing on his head in fits of high emotion, one day observed someone peeping through the keyhole at him at the place where he worked. On suddenly opening the door he found a young girl, dressed in rags, and a prisoner and slave to his employers. Richard Swiveller befriended the girl, who he named the Marchioness, and taught her how to play cribbage. (There is a wonderful picture from an illustrated edition showing Richard Swiveller, with top hat on and beer tankard by his side, expansively looking on at his pupil, the Marchioness, with the caption 'The Marchioness, holding her cards tight in both hands, considered which to play'.

Later on overcome with emotion at recent events, Richard Swiveller takes to his bed seriously ill. On waking he thinks he is still in a dream as he sees the Marchioness, (who having escaped is now nursing him), playing cribbage by herself until he notices that she has omitted to take the two points for a knave and he shouts '2 for his heels!'. The Marchioness jumps up with joy and they live happily ever after playing cribbage into the long winter evenings.

Cribbage is very popular in the Canada with many cribbage leagues and clubs in existence, and it is the only game which you can play in an English pub for money. It has also been introduced into Russia with a native Russian (currently the national orienteering champion and ranked 16th in the world) far preferring it to Durak the national card game.